The Louisiana Trust for Historic Preservation recognizes 11 new award recipients for their impact on historic places, build pride and foster engagement in their communities. Awardees have been nominated by the public and selected based on

A formal awards ceremony will take place on Thursday September 30, 2021 in conjunction with the 41st annual Louisiana Preservation Conference to be held in Monroe and West Monroe, LA.

Main Street Homer welcomed new businesses and supported historic preservation around the courthouse square.  The organization is also taking an active role by transforming a formerly overgrown lot into a pocket park for the town and rehabilitating an adjacent building for use during events.  Main Street Homer nominated two buildings to the Louisiana’s Most Endangered Places List in 2020 and is in the process of redeveloping one, a former 1922 filling station, for use as a farmer’s market.

After a major renovation, the 1811 Kid Ory Historic House opened to the public in February 2021.  This newly restored heritage site interprets the site’s diverse history in three distinct themes: the 1811 German Coast Uprising, jazz bandleader Edward “Kid” Ory, and sugar production after the Civil War during reconstruction.  This singular museum interprets over 200 years of Louisiana history through programming and exhibits telling lesser-known stories along River Road.

Louisette served as the Director of Planning and Development for the City of Mandeville and recently retired in the spring of 2021.  She was instrumental in establishing the city’s Historic Preservation District in 2013, to implement regulations on historic structure and new development.  This included a new design review committee and updated survey.  These and other efforts have ensured protection of the historic fabric and integrity of Mandeville for future generations.

While only certified as a Cultural District in 2020, efforts have already made a huge impact.  Under the leadership of Pamela Broom, community partners are working to refurbish the memorial park dedicated to Civil Rights icon, A.P. Tureaud, engaging education partners to create a FARMacy on the site of the home of city’s first African American female doctor, and collaborating with local artists to preserve and beautify the neighborhood’s historic structures.

Ryan Gootee General Contractors has renovated landmark structures in the greater New Orleans region for over 17 years.  Their most recent project, Sazarac Building, involved renovating a 150-year-old vacant Canal Street structure by addressing termite, water, and other structural damage to become a showpiece headquarters and experiential museum for the Sazarac Company.

Alex is a Louisiana-born genealogist and historian that specializes in Louisiana Creole heritage and family history.  He conducts extensive research in several Acadiana parishes to provide family history books for individual surnames as well as church records.  His platform allowed him to be consistent in hosting programming and events that are specifically created for people researching their Creole ancestry.

Recognizing individuals that have continued to use a traditional technique or method in construction to achieve authenticity in the preservation, restoration or reconstruction of historic resources on a project within Louisiana. The technique must be one that is considered both artistic in nature and rare in today’s construction practices.

The Crew of ARCHITECTURAL PRESERVATION, LLC (Jean Becnel, John Blokker, Andrew Miller, and Steven Scott) are specialists in heavy timber construction and other methods commonly found in Louisiana buildings of the 18th and 19th centuries.  They are committed to using proper materials and retaining as much of the original building fabric during their work.  This maintains the historic character of the projects while supporting the longevity of the building.

Filmmaker Leonard Smith III’s documentary film highlights and shares the stories of the New Orleans Lower 9th Ward Desire community.  He recreates the historical memory of a community and documents the legacy of pride by those who lived in this post-World War II development.  Smith enables the viewer to look beyond unfair stereotypes and see the thriving, loving community of Desire’s public housing community.

Louisiana Main Street Director, Ray Scriber, has made a substantial impact on the face of historic commercial districts.  He received a $662,000 award from the National Park Service through the Paul Bruhn Historic Revitalization Subgrant Program.  Through a competitive application process, underutilized or vacant commercial buildings in six LA Main Street Communities were returned to a productive status over the past year.  A second round of subgrants will see an additional six buildings rehabilitated across the state, generating sales taxes and fostering further private investment.

Mayor Travis Whitfield had dedicated his life to historic preservation while serving as Mayor of the Town of Keachi and on the board of the Keachi Heritage Foundation for many years.  He is a native of Linden, Texas where he started drawing from nature and later attended the University of Houston and later as an Artist in Residence in Albuquerque, New Mexico.  He settled in Keachi in 1977 where he established his studio and began chronicling the lives of older African American residents through his photography and audio-visual storytelling.  His most recent exhibit, “Further on Down the Road,” features a life-size shotgun house and most recently exhibited at the Five Points Museum of Contemporary Art in Victoria, Texas.

We present our inaugural “Rotten Apple Award” to the City of Alexandria, in hopes that this will bring about a change in their policies and encourage them to become educated on the benefits of historic preservation.  In February, the City of Alexandria demolished a 1929 bungalow in the Garden District Neighborhood which LTHP was working to save with its revolving fund program.   The city government eliminated the position of Alexandria Historic Preservation Commission Director five years ago.  Since then, it has proven to be an adversary of intelligent community planning and support of its traditional neighborhoods. 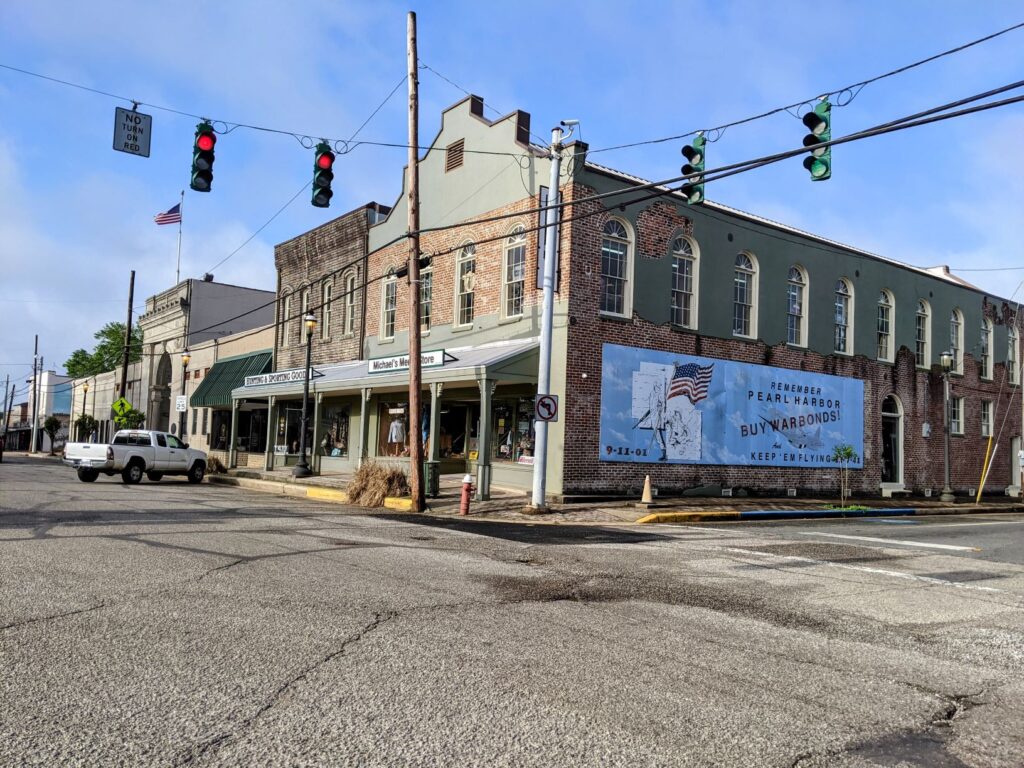 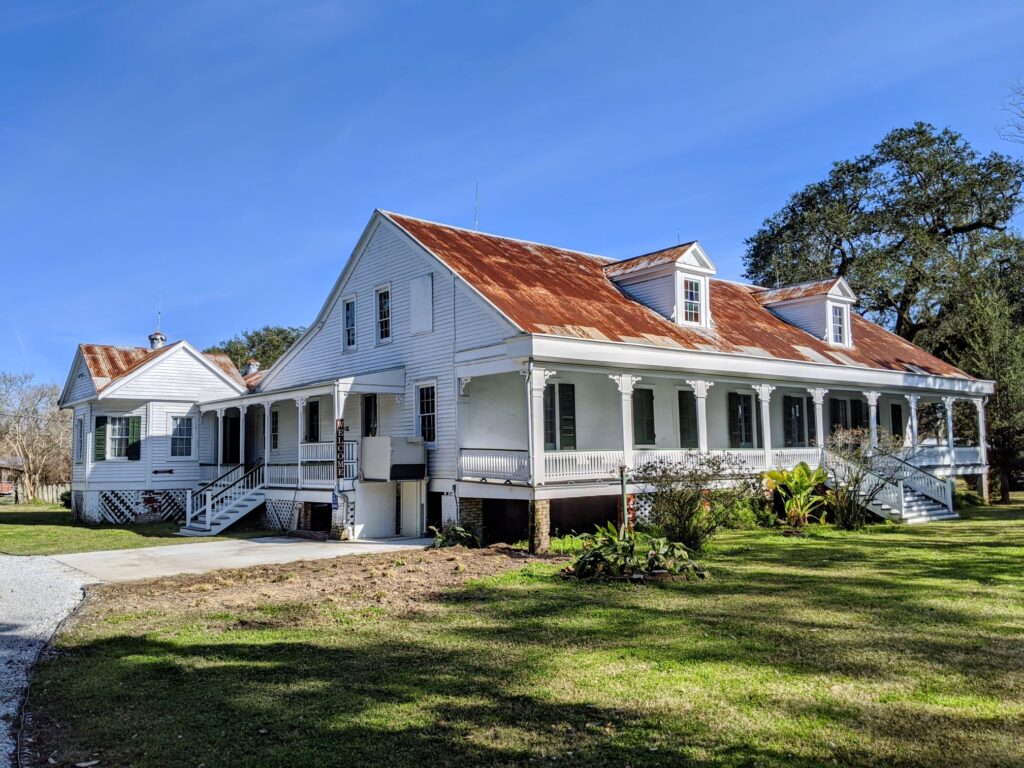 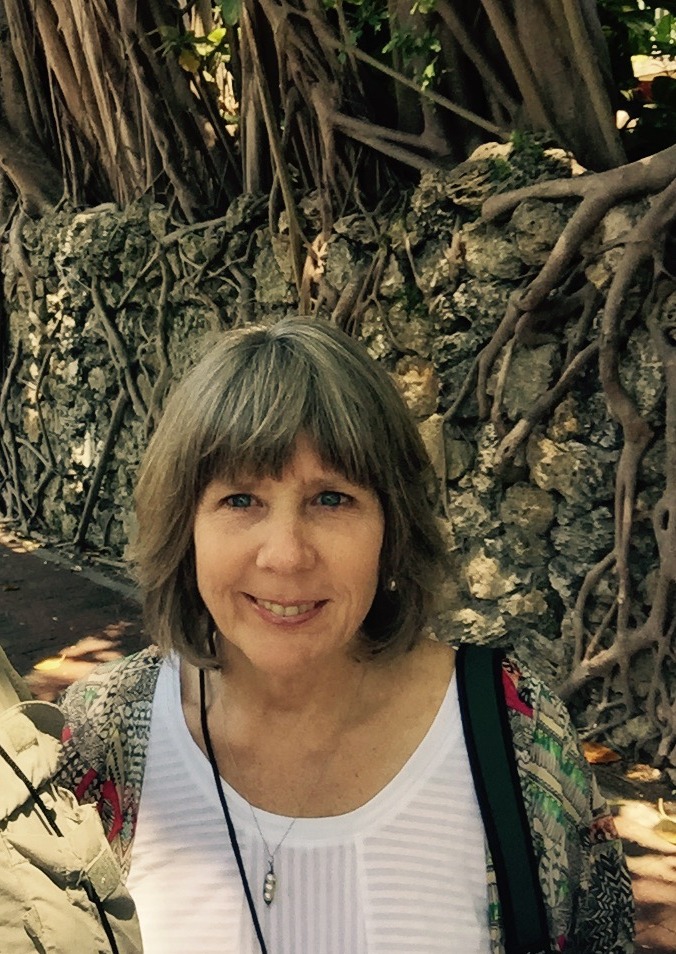 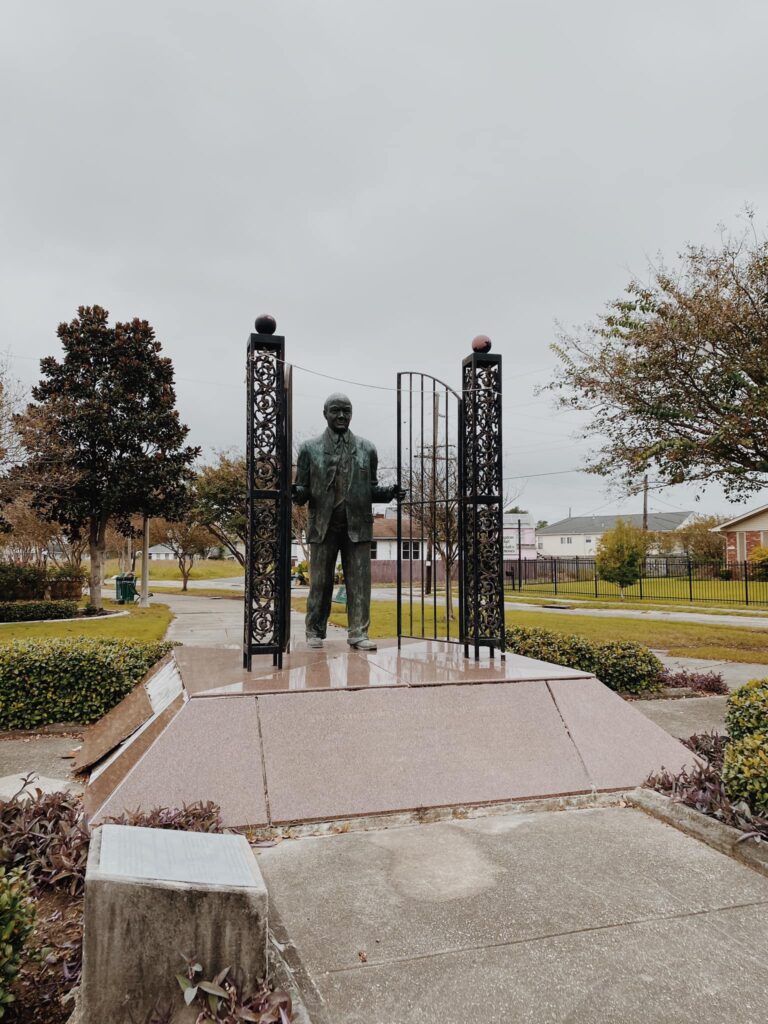 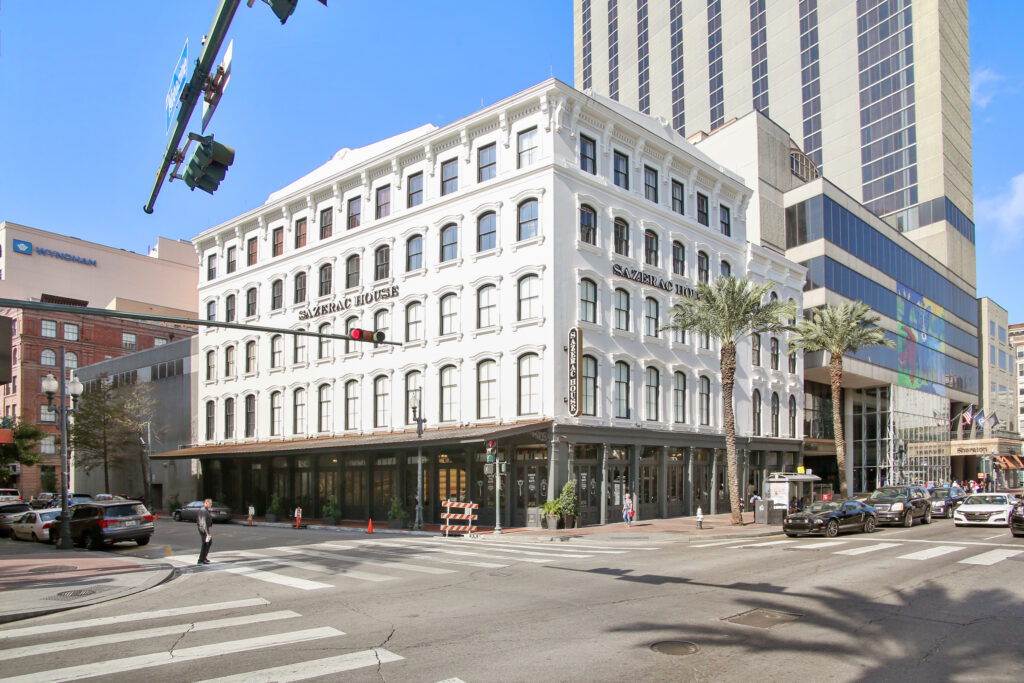 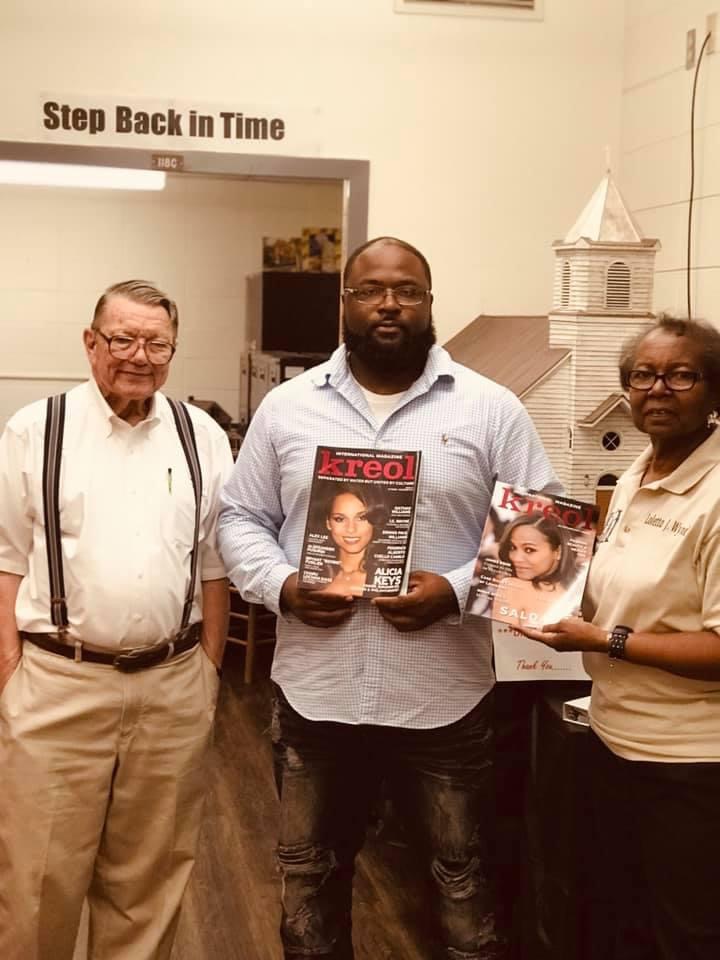 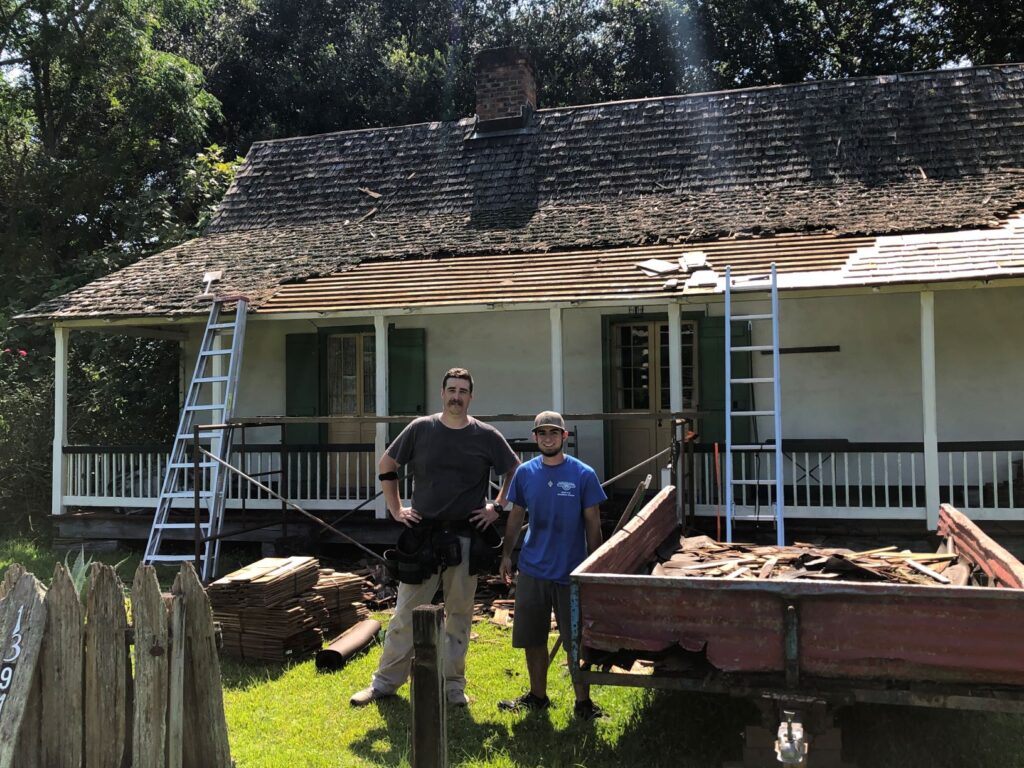 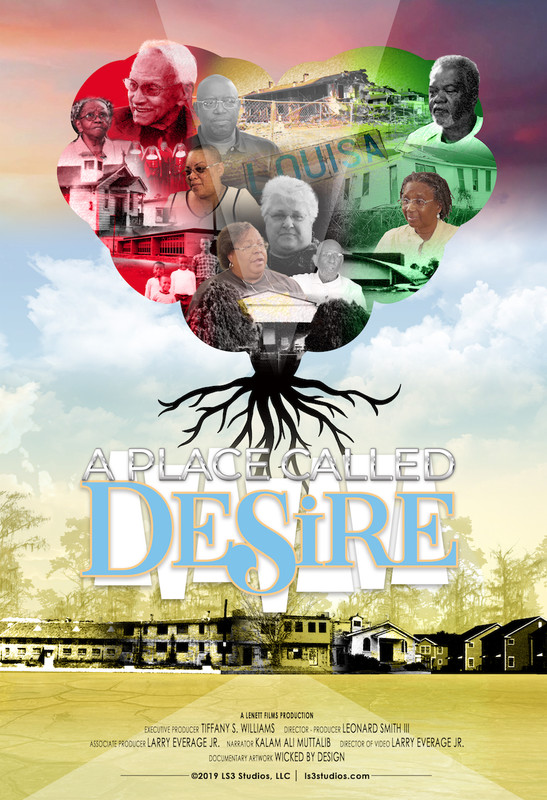 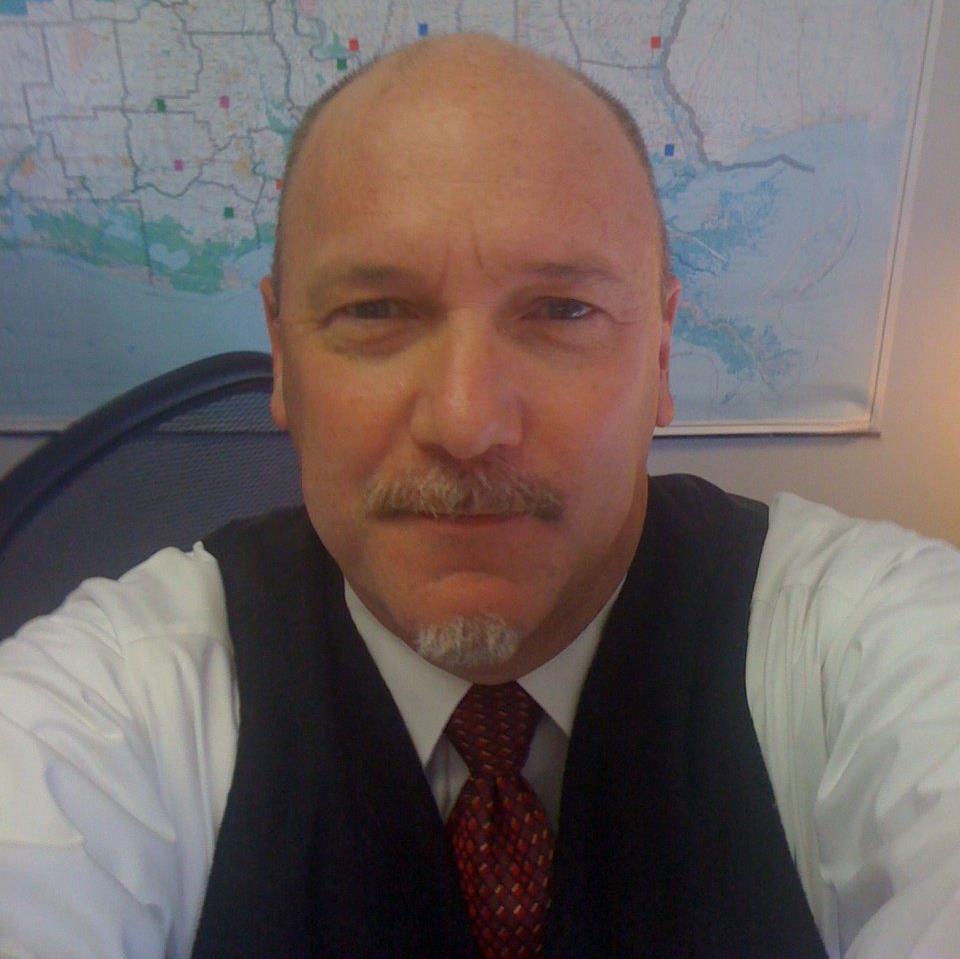 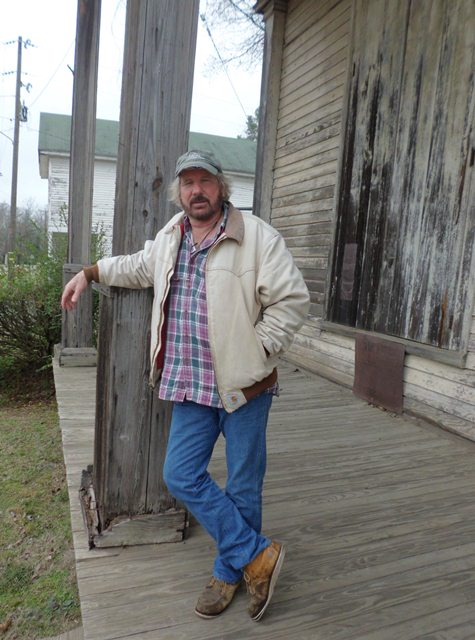 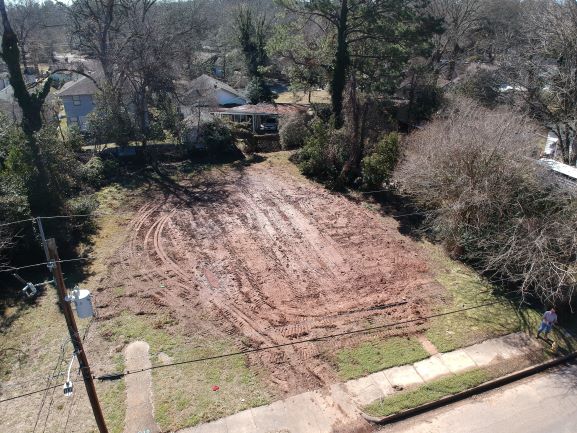