Announcing the 2021 Louisiana Most Endangered Places

Baton Rouge, LA - Louisiana is known for its rich history and cultural diversity.  Louisiana’s historic sites represent the past, but often these sites become neglected, abandoned, or ultimately demolished.  The Louisiana Trust for Historic Preservation works statewide to help identify and advocate for our state’s historic places and has announced the 2021 Louisiana Most Endangered Places.  11 new nominations have been selected.  Since 1999, LTHP has maintained this growing list.  Many sites have been saved will others stand stagnant.  LTHP encourages creative approaches and valuable tools such as the National Register of Historic Places or state and federal tax credits to help save these endangered places.

This year’s list represents a mix of sites ranging from enslaved burial grounds to World War II era buildings.  Listing these places acknowledges their importance to the local community but also our statewide identity and economy.

The list is generated from nominations made by the public and aims to attract creative approaches and resources to see the sites saved and rehabilitated for future generations.  “These historic places are the backbone of our communities and it requires creative approaches to preserve and protect them for future generations,” says Brian Davis, Executive Director of the Louisiana Trust.  “Strategic partnerships, tax credits and programs like LTHP’s Revolving Fund program can save buildings many people may consider too far gone.”

Selections to Louisiana’s Most Endangered Places List are based on their historic significance; the critical nature of their threat; and the likelihood to bring about a positive resolution to their situation or to those of similar sites.  More information about the program, including nomination form, and a complete list of sites may be found at https://www.lthp.org/endangered-properties/.

Buena Vista & Acadia Plantation Cemeteries (St. James, St. James Parish) – While many plantations have been lost along River Road, historic remnants are hidden among sugarcane fields. Descendants of the enslaved at these burial sites have researched their an­cestry back to 1852. The land is now the site of a proposed plastics com­plex. Construction was delayed after opposition by the Corps of Engineers. United Nations have raised concerns of continued environmental racism increasing regional health issues.

Camp Ruston POW Buildings (Ruston, Lincoln Parish) – Local farm land was acquired by the federal government to establish this internment camp for WWII Prisoners of War. It was activated on Christmas Day 1942 and reached its peak pop­ulation in October 1943 with 4,315 prisoners. The site went on to become a tuberculosis hospital and later turned over to Grambling State University. Remaining Camp Ruston buildings sur­vive today in poor condition and may need to be moved to be restored.

Columbia Free Methodist Church (Columbia, Caldwell Parish) – Located just outside Columbia’s Main Street community, this simple con­crete block structure once served as a house of worship, later an educational center. The building has lost its en­trance steps and has been vacant for over two decades. Situated on main road, it is highly visible and could be a great adaptive reuse property as a new business opportunity or community center.

Frank Young House (Franklin, St. Mary Parish) – Frank Young was an active member of the African American community ad­vocating for educational opportunities in the early 20th century. He deep­ly influenced his grandson, Andrew Young. A. Young visited his grandfa­ther often and went on to become a leader of the Civil Rights Movement in Louisiana and beyond. The proper­ty was to be donated and used for the Boys and Girls Club in the late 1900s but remains vacant.

Franklin Lodge No. 57 F&AM (Franklin, St. Mary Parish) – Masons charted in 1848 and later built this prominent building as their headquarters on Main Street in 1895. Leaders have completed architectural plans to work towards restoration. Some ma­sonry work was completed in recent years, but additional work includes returning second-story windows and balcony as well as updated storefronts. Long-time tenants have recently moved out. Community leaders are working to raise funds to restore the facade and encourage new activity.

Gueydan Museum & Cultural Arts Society (Gueydan, Vermillion Parish) – Originally built as a bank in 1902, it features ornate details such as the recessed Ro­manesque arched entry. It was listed on the National Register in 1990 and opened as a museum that same year.  In the fall of 2020, the building was impacted by hurricane damage. Re­pairs include repairing or replacing all windows, a new roof, and other up­dates. The museum is actively fund­raising but needs additional support to keep their space open and safe.

Holy Cross School (New Orleans, Orleans Parish) – This long-time school has sat vacant since Hurricane Katrina. Plans and proposals by Perez Architects have been made but no movement or site improvements have been made. The building continues to deteriorate, and the grounds are overgrown with weeds and no proper security. Lower 9th Ward neighbors are advocating for emergency repairs to keep the 1895 build­ing up as well as appropriate reuses to fit the surrounding local and National Register historic district.

Husser School & Community Center (Husser, Tangipahoa Parish) – 100 years ago this school house was built by local citizens in the near­by farming communities. It features three classroom spaces made with lo­cal pine timber and includes a small wood bell tower. The school closed at the end of the 1942 school year but went on to serve as a community cen­ter. Events continued here until the 1980s. Efforts to restore the school are taking shape, but additional funding is necessary.

Mary & J.W. Thomas House (Natchitoches, Natchitoches Parish) – Originally from Baton Rouge, JW Thomas moved to Natchitoches in the early 1900s to educate black youths. In 1912, he opened the Lincoln In­stitute where he served as teacher and administrator. By 1925, a seven-room school house was dedicated as the Natchitoches Parish Training School. His home remained occupied until 2009. Repairs are needed to stabilize and update the traditional cottage.

Kerner House (Gretna, Jefferson Parish) – Individually listed on the National Register, the Kerner House is repre­sentative of the Greek Revival & Itali­anate styles. The property has become a site of overgrown vegetation and rot. It is also located within a local historic district.  Community leaders hope to work together to clean up and restore the property as a showcase to their neigh­borhood’s history.

St. Mary’s Chapel (Union, St. James Parish) – This sacred space was designed and built by Louis Chauvin II, a local sugar mak­er, architect, and Civil War veteran in 1875.  It was constructed from top to bottom in local cypress highlighting the Goth­ic Revival style. Additions of the tran­septs and sacristy were added in 1900. The frame structure suffers from ne­glect and incoming water damage. Community members are working to establish a new non-profit to establish renovation plans and fundraisers. 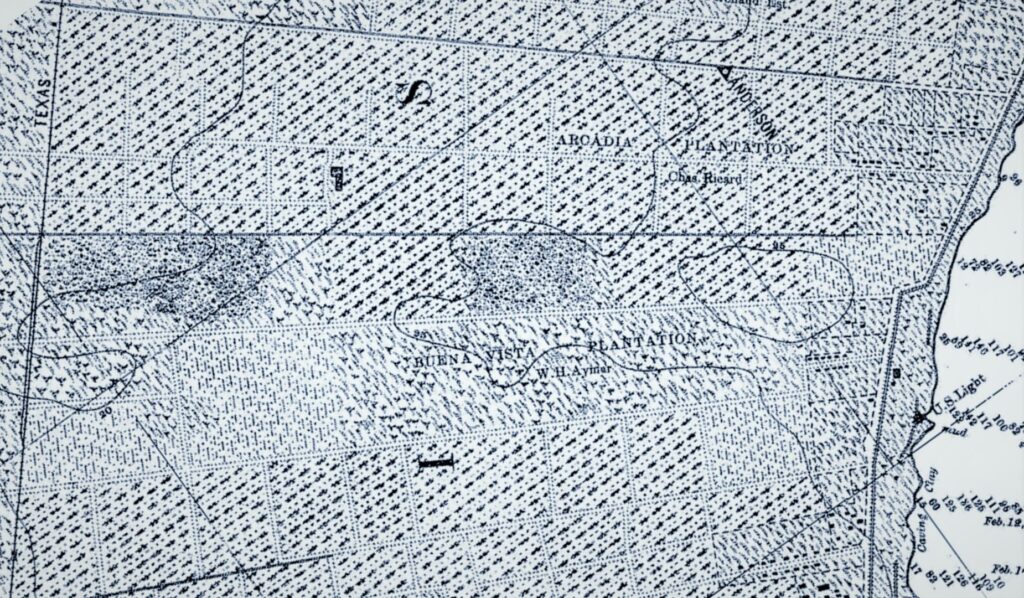 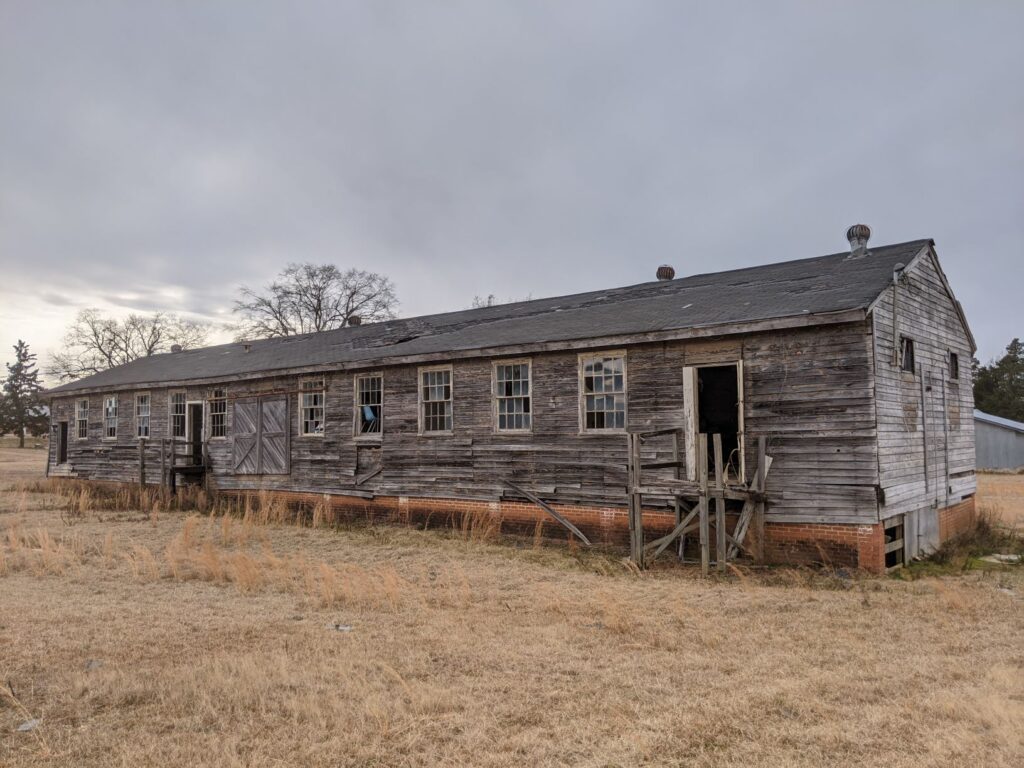 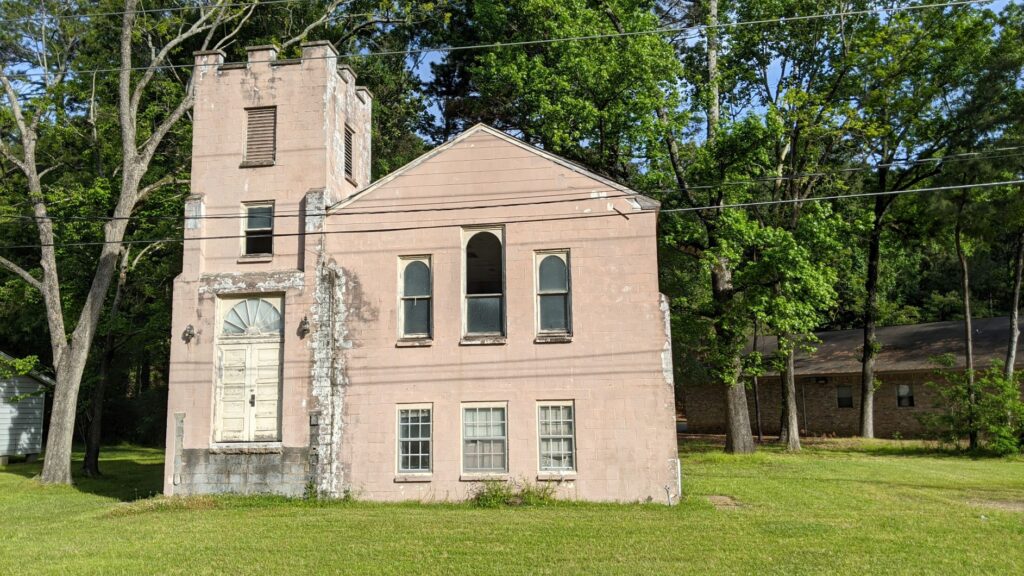 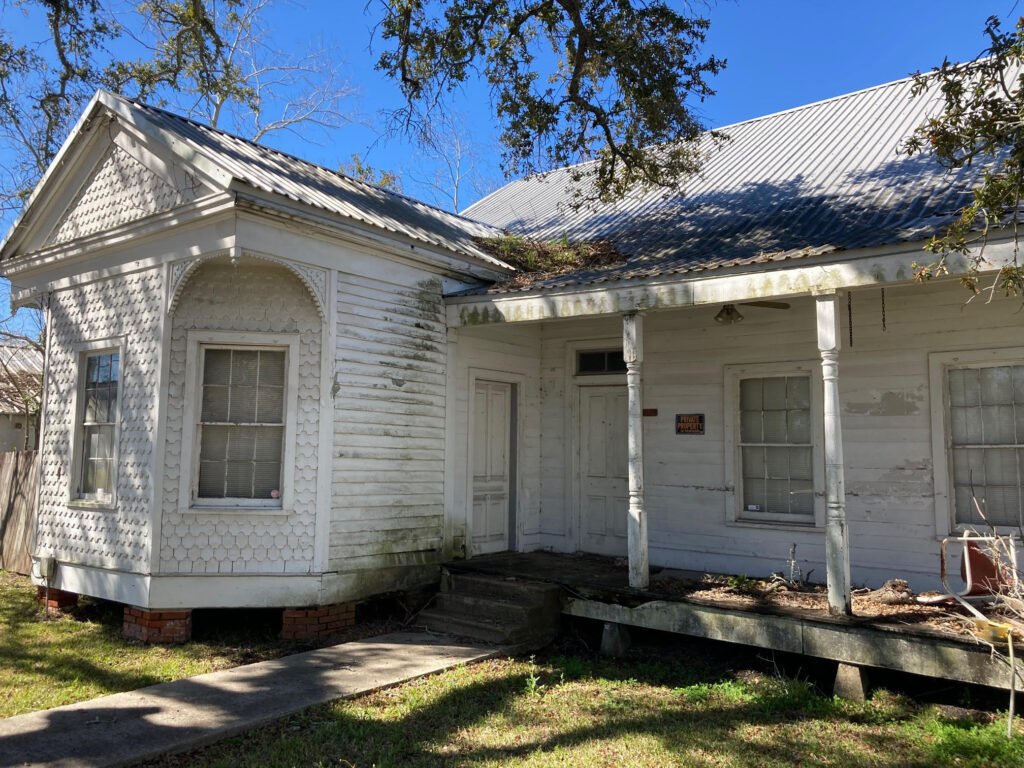 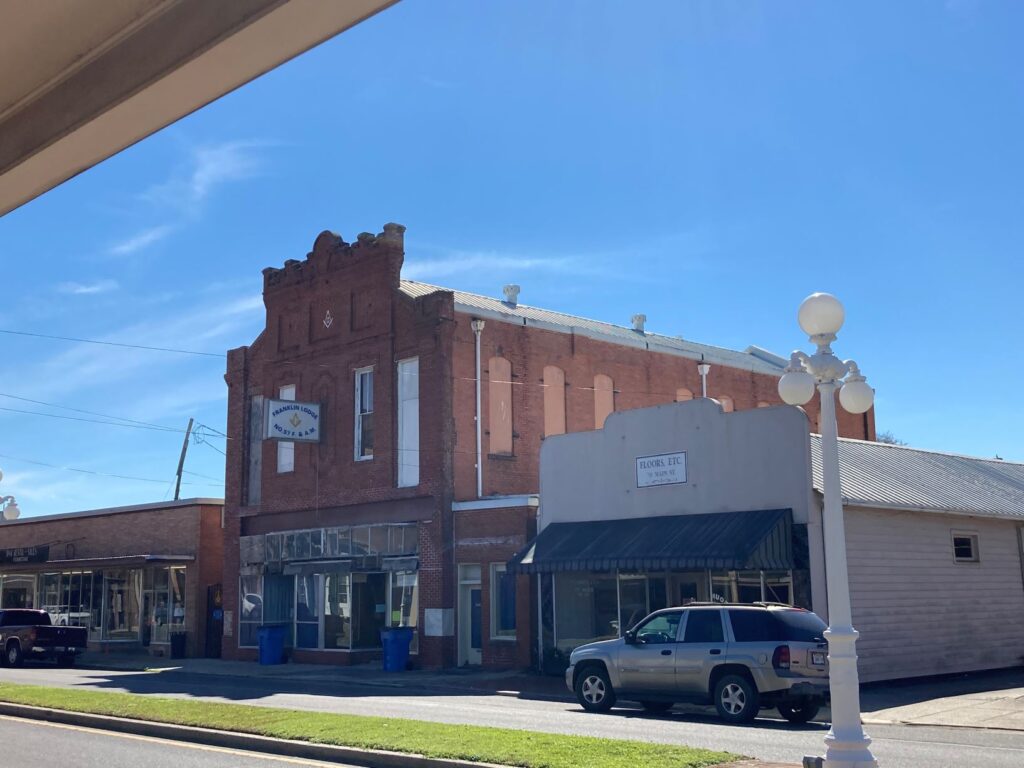 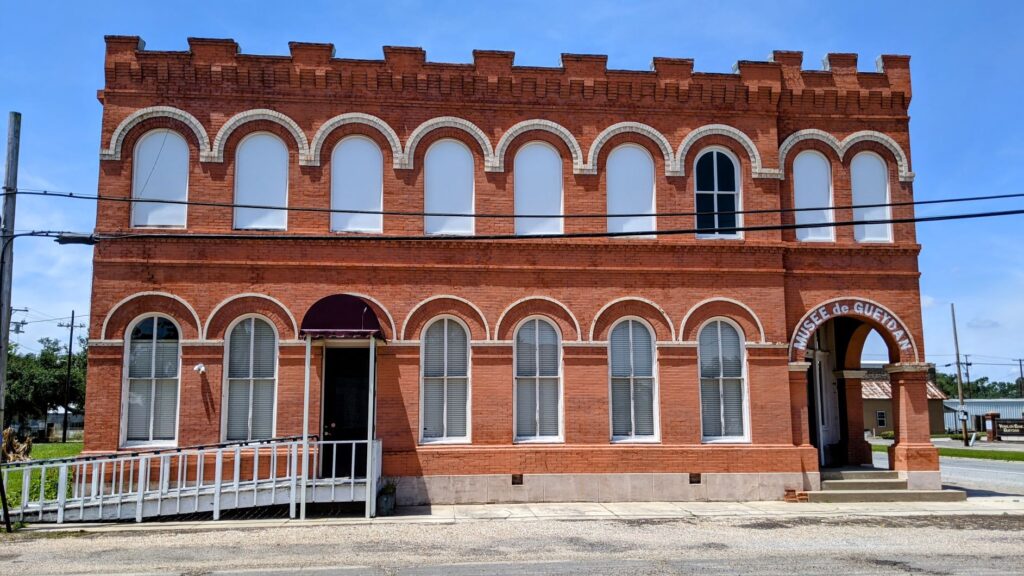 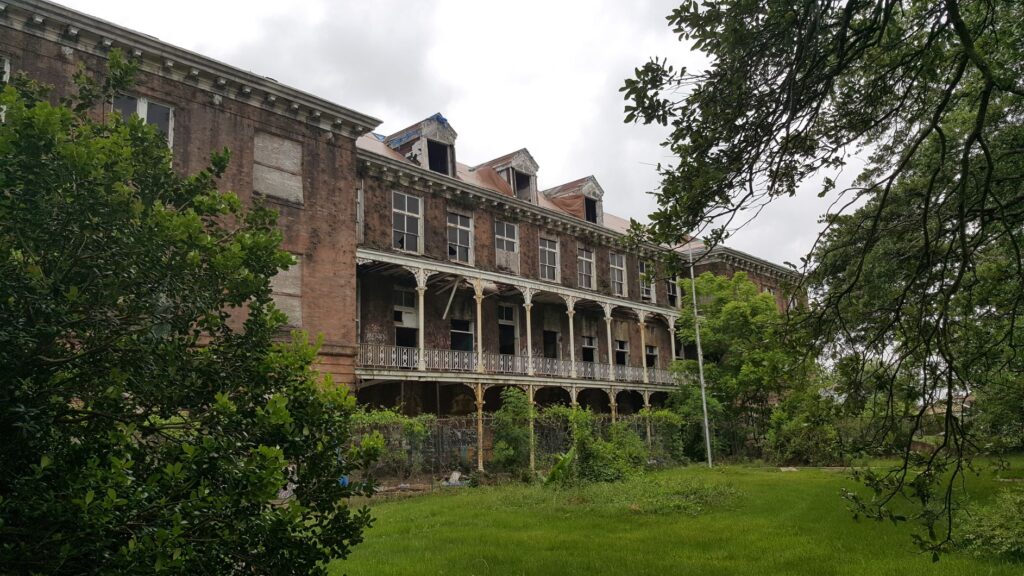 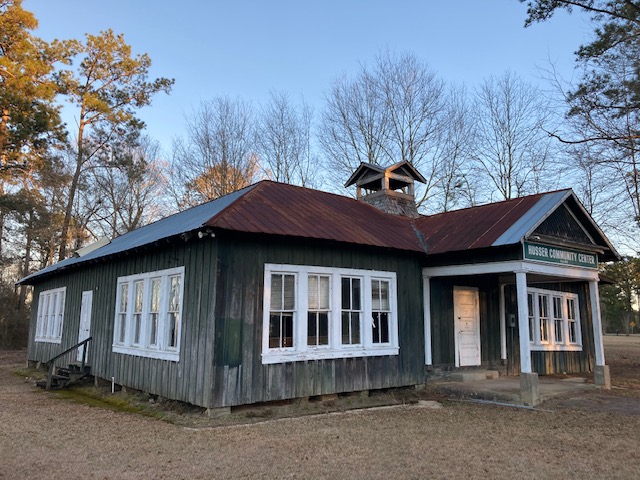 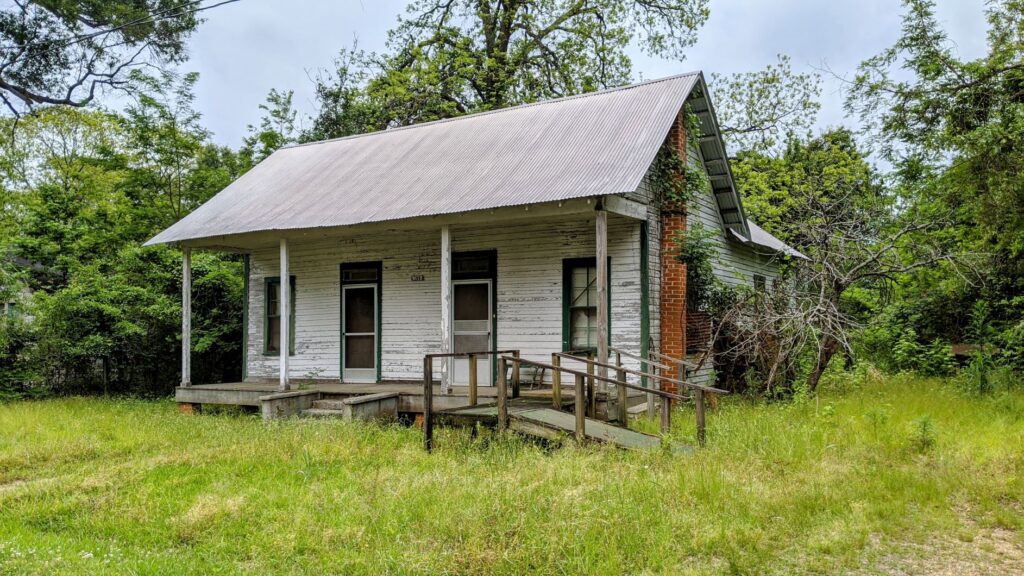 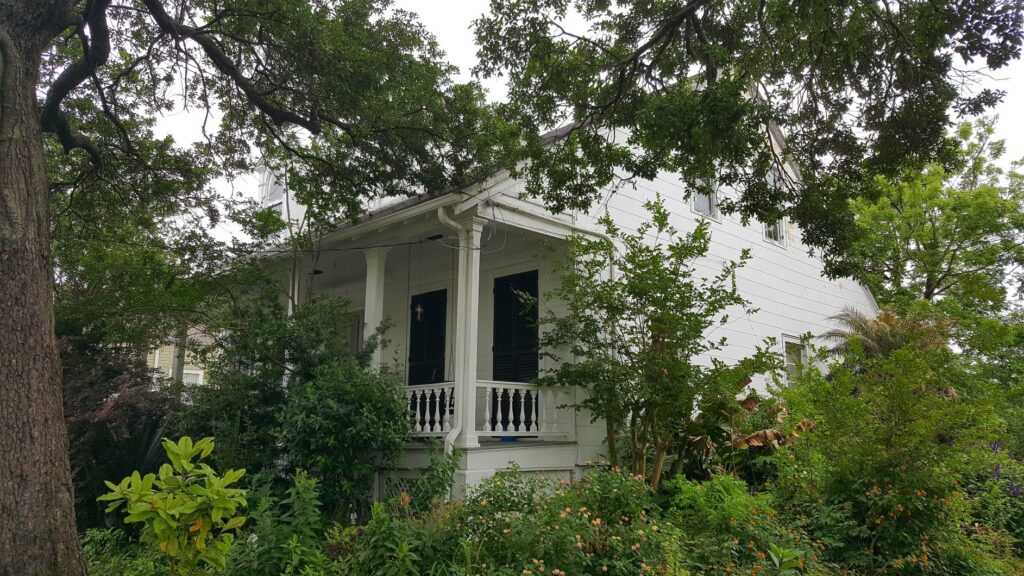 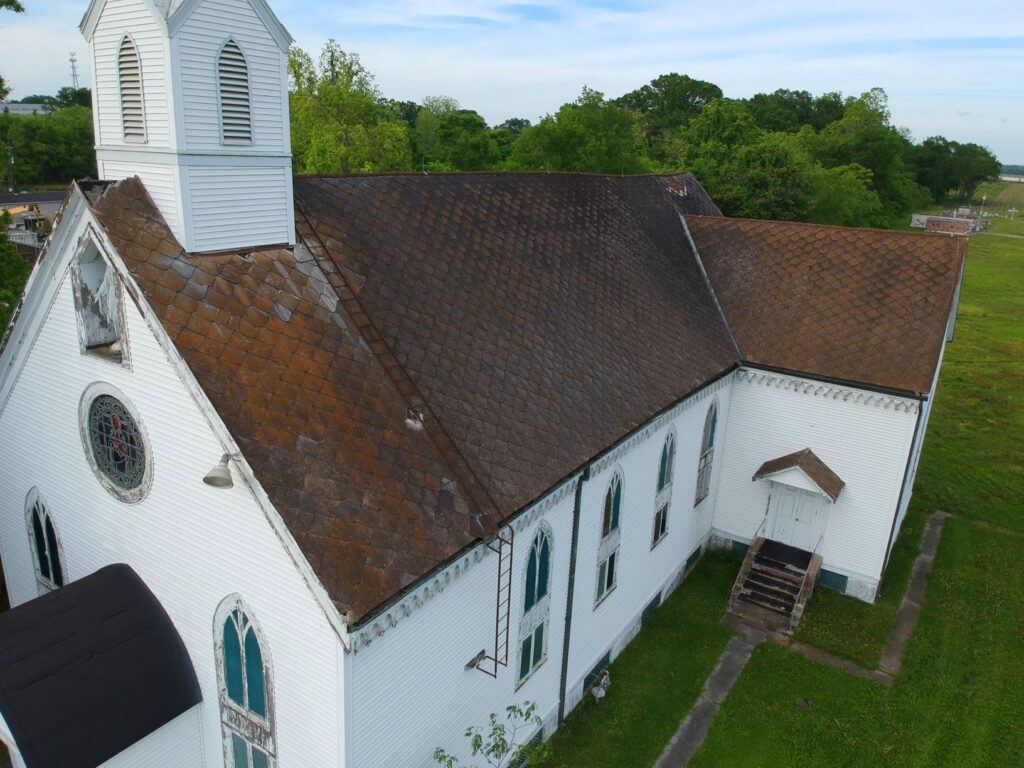 This Year's Most Endangered Places is sponsored by