The Union Church was started in effort to establish churches in areas were population was small enough where no one congregation could afford to build and maintain its own building, thus sharing the building among various denominations.  Fundraiser concerts and activities were held to construct the sacred space at a cost of $3000 and an additional $800 on interior furnishings at the turn of the 20th  The building was sold in 2007 and has since deteriorated with signs of shattered stained glass.  Repairs and adaptive solutions are needed to make this a gathering space again. 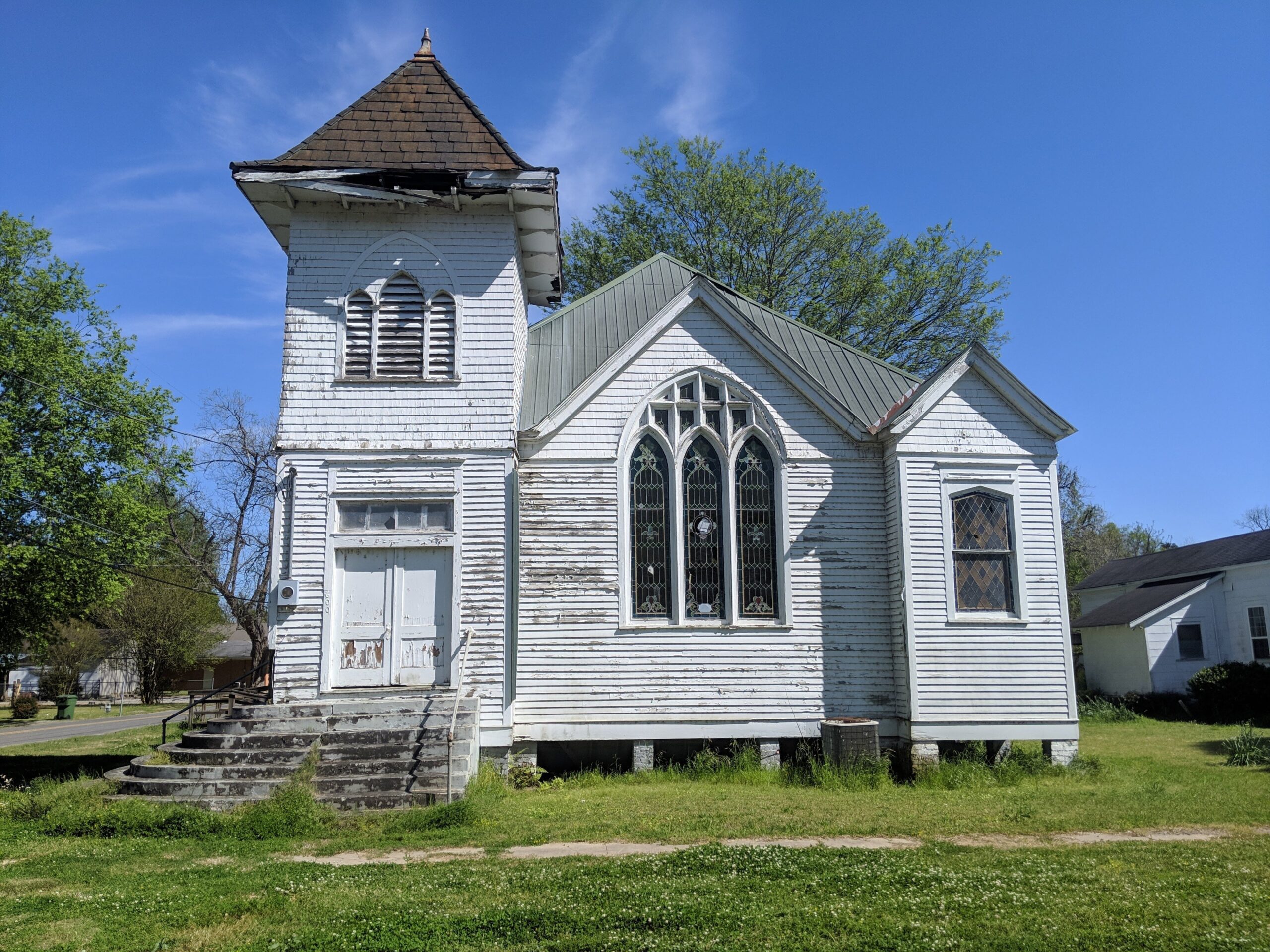