The Friends of St. Alphonsus have been meeting monthly since 1990 to restore this sacred space through grants and fundraisers. Their work has been limited in recent years as major improvements are needed to keep it a safe and operable space.  Signs of water and termite damage can be found throughout, but especially in timbers supporting the bell tower.  Heavy winds and rain have caused masonry and plaster ceiling pieces to fall.  Conditions continue to worsen and citations for demolition by neglect have been issued. 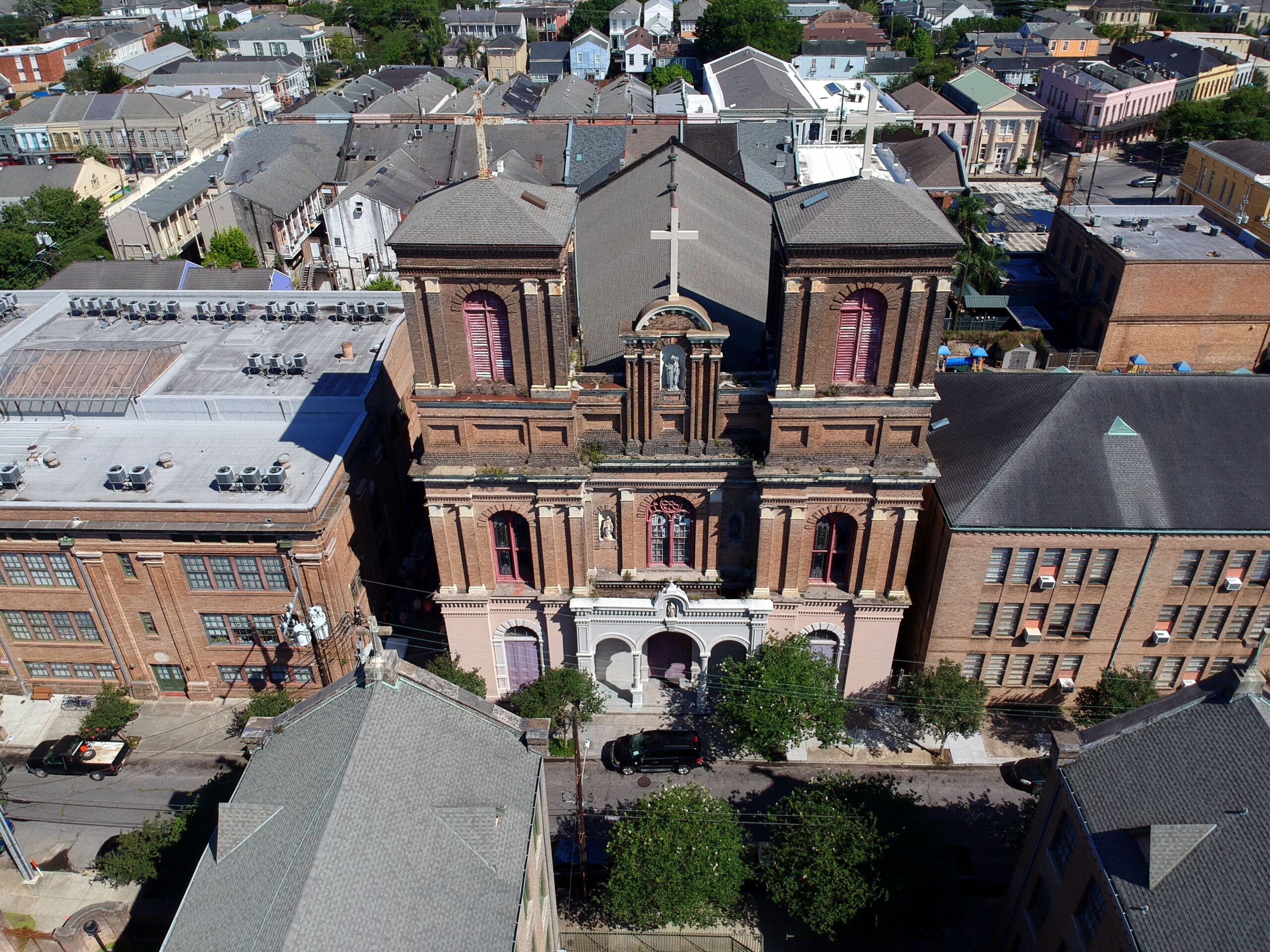