55 miles from the coast of Louisiana rests a screw-pile designed lighthouse marking the site a large underwater sand bar.  The state of Louisiana petitioned the federal government in 1848 for a lighthouse.  As a result, the Pleaston Lightship was stationed on the shoal in 1849 until a permanent structure was built a decade later.  The lighthouse showed signs of leaning starting in 1870 and rip-rap and granite blocks were installed to slow the shifting of sand until the light was abandoned in 1965. 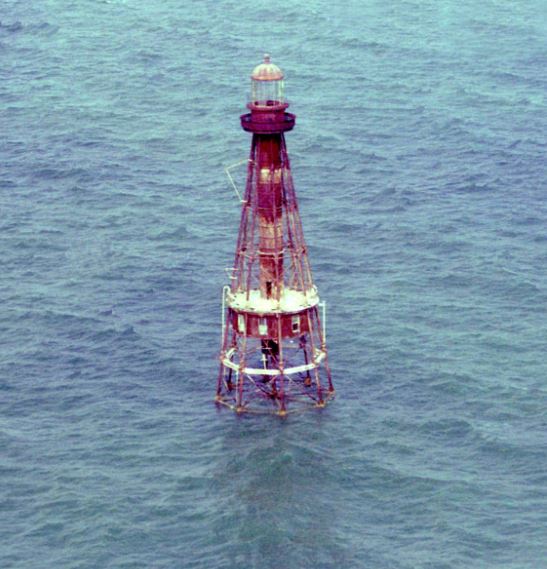 City: Gulf of Mexico, near Berwick