This building’s origins are believed to date back to 1850, and it was once used as an infirmary during the Civil War and later as a saloon and brothel.  To most in Donaldsonville, it was the Mistretta’s corner grocer.  It was vacant until Chef John Folse acquired the property in the early 2000s before donating it to the Donaldsonville Development District (DDD).  DDD is working to revitalize their Main Street with this site as a key destination.  Further funding is needed to take it to its final steps for rehabilitation to operate as a new Donaldsonville General Store and Museum. 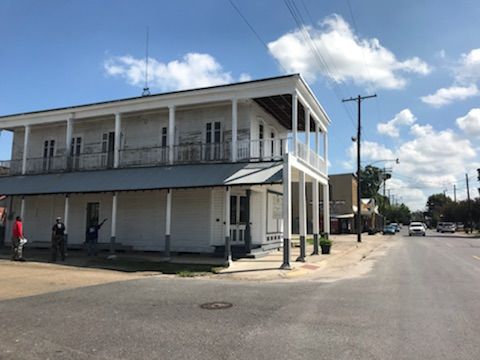