This building was constructed during the golden era of the automobile and later adapted for a mix of uses, ranging from a dry-cleaning business to a popular burger joint.  It has remained vacant since 1995.  It was one of seven gas stations built in Homer during the early 20th century, but today it remains the sole survivor of this era.

Just one block from the downtown Homer Square, its Arts and Crafts style stands out for its distinct brick color combinations, patterns, and singular column to the porte-cochere.   It is a contributing building to the Homer National Register Historic District, which was created in 1986. The Homer Historic Commission and Main Street Homer have begun improvements to this site and its neighboring lot. 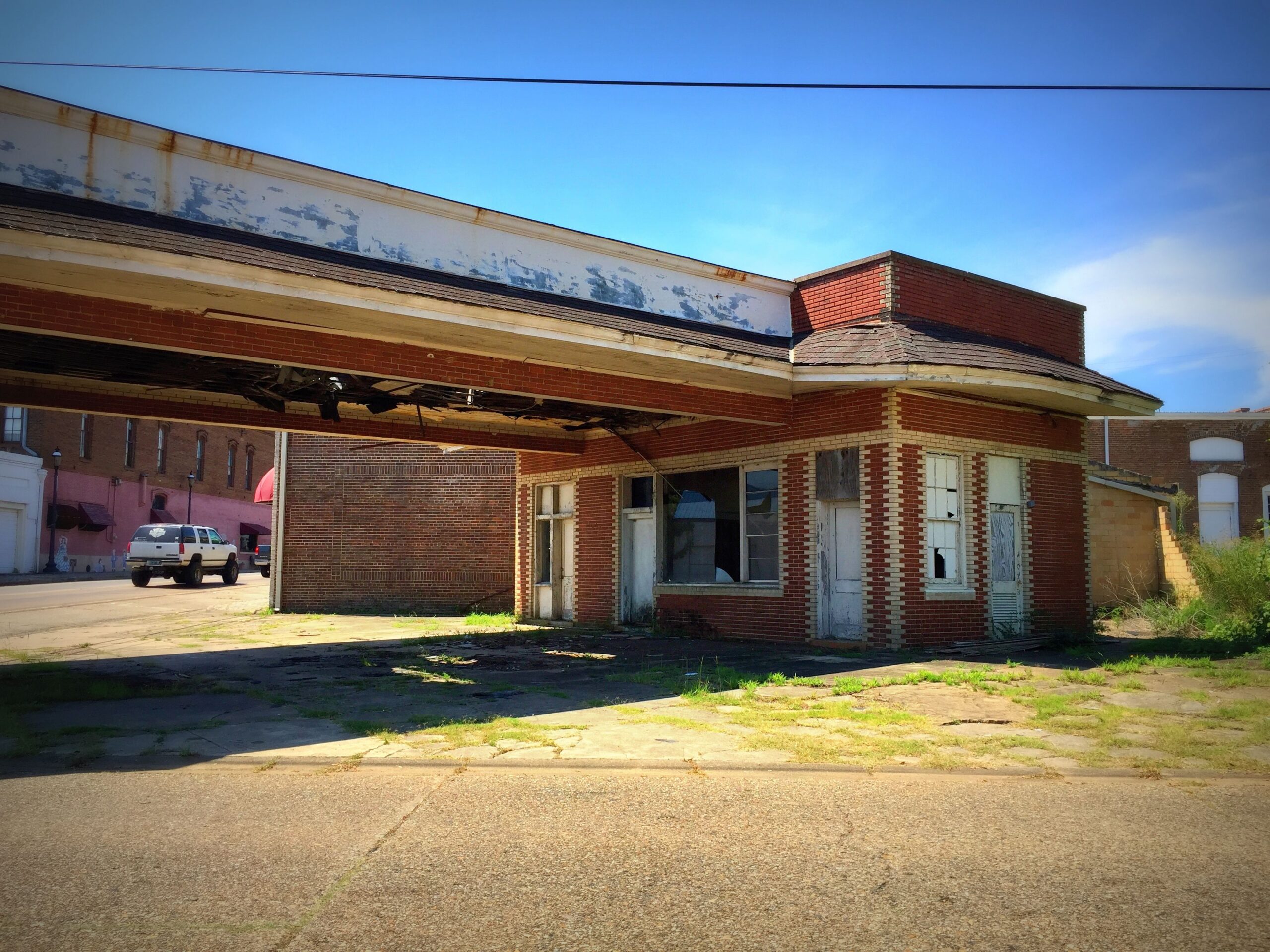