Contributing to the Downtown Leesville Historic District, the National Hotel is located on a prolific corner across from the parish courthouse.  The building’s upper floor windows have been boarded up and a former second floor balcony has been removed. Local legend says that when the German prisoner of war camps at Fort Polk reached capacity, several POWs were housed at this site.  The building is now vacant.  The National Hotel is eligible for both state and federal rehabilitation tax credits to return it to a productive part of the community. 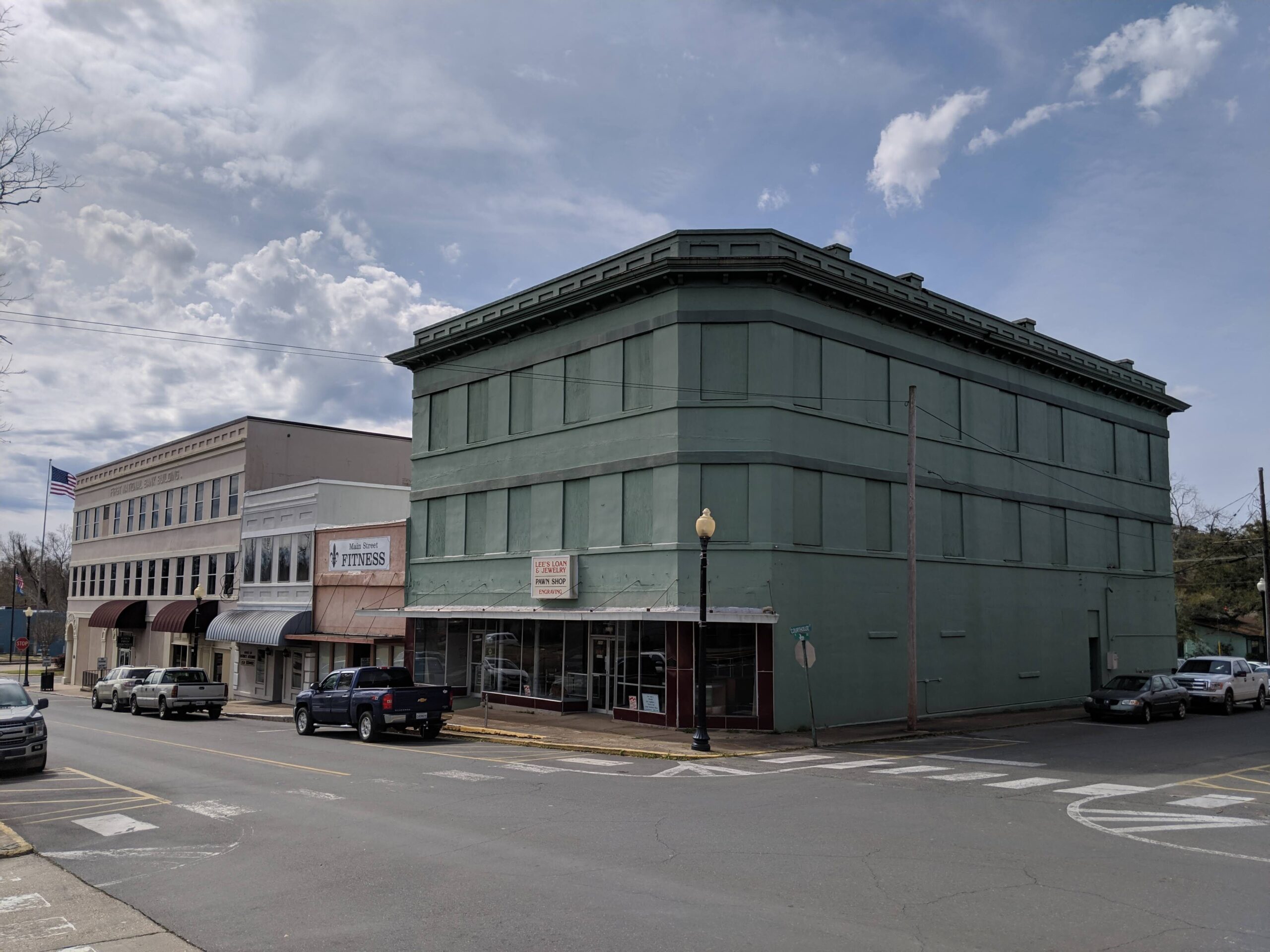