This school was constructed in 1879 as a girl’s grammar school within New Orleans’ Mid-City neighborhood.  It is a classic example of Second Empire style and was designed by famed local architect William A. Freret.  The school was also one of the first schools in New Orleans to desegregate in 1961 and continued to serve students, later becoming the New Orleans Center for Health Careers until Hurricane Katrina struck the region in 2005.

In 2011, McDonough School No. 11 was on the move.  The school was moved multiple times to make room for the University Medical Complex, and it was placed on temporary supports on which it still sits today.  It is highly visible from Interstate 10, where traffic can view open and broken windows, water damage, and other issues due to exposure to the elements and vandalism.  This property has been listed on the New Orleans Nine Most Endangered list twice (2008 before moving and again in 2019).

The school was demolished in August 2021. 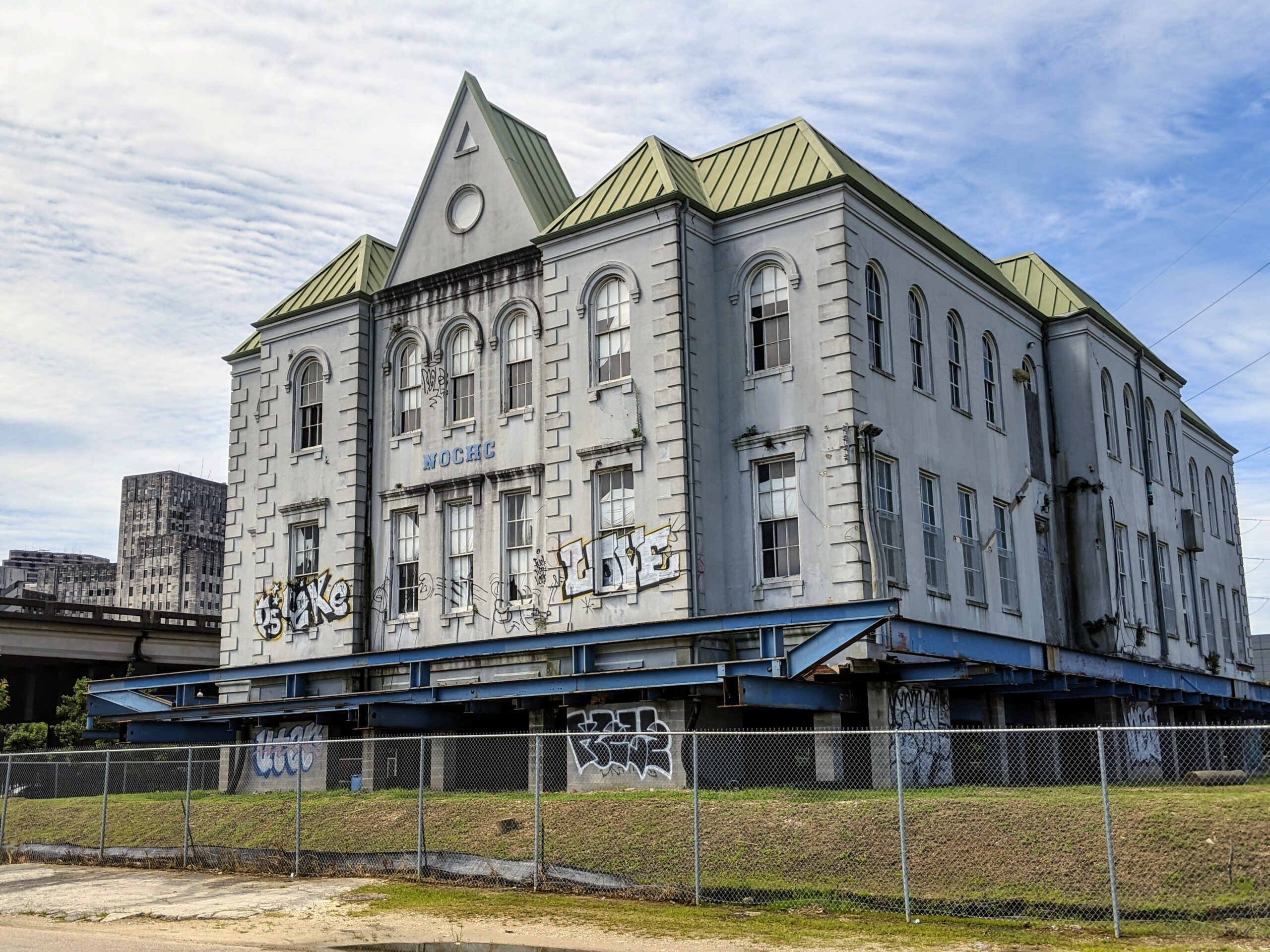