Homer Community Center was built in the mid-1930s by the Works Progress Administration next to a picturesque lake.  It features the popular “National Park Service Rustic” architectural style which used natural materials found throughout the surrounding area. 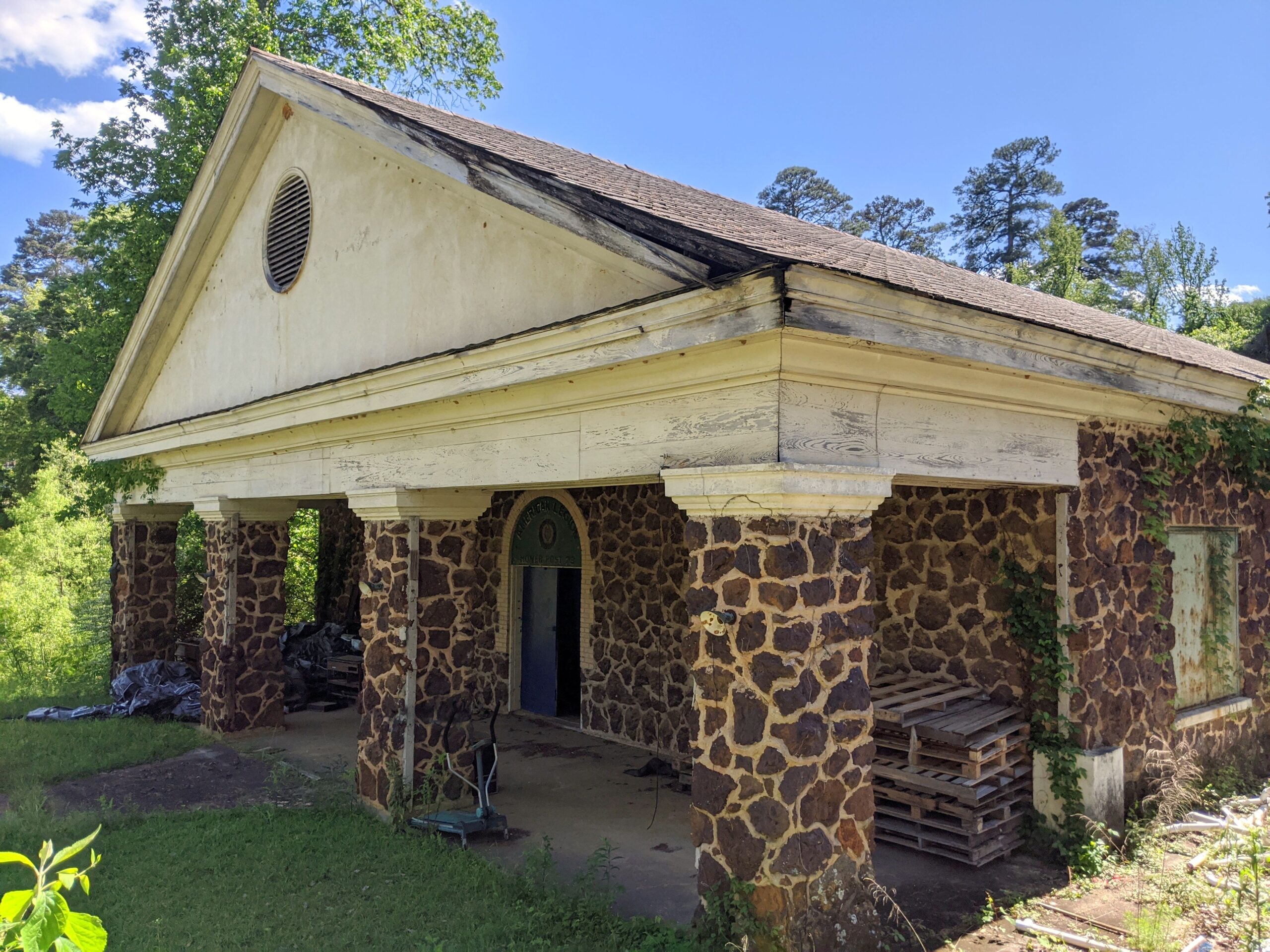