Haughton High School’s “H Wing” is a classic example of early Modern architecture.  It was designed by prolific architect Samuel G. Wiener in 1939.  Wiener designed several schools for African American students prior to World War II, however none of those schools survive today.   Only three other schools designed by Wiener prior to World War II currently survive, including nearby Bossier City High School.

This building is important as an example of early modernism in America, heavily influenced by European design. This is a result of a trip to Europe in 1931, where he observed the new approach to using materials, light and spatial arrangement in the field of architecture. His designs following World War II show a marked influence of American interpretation of European design. 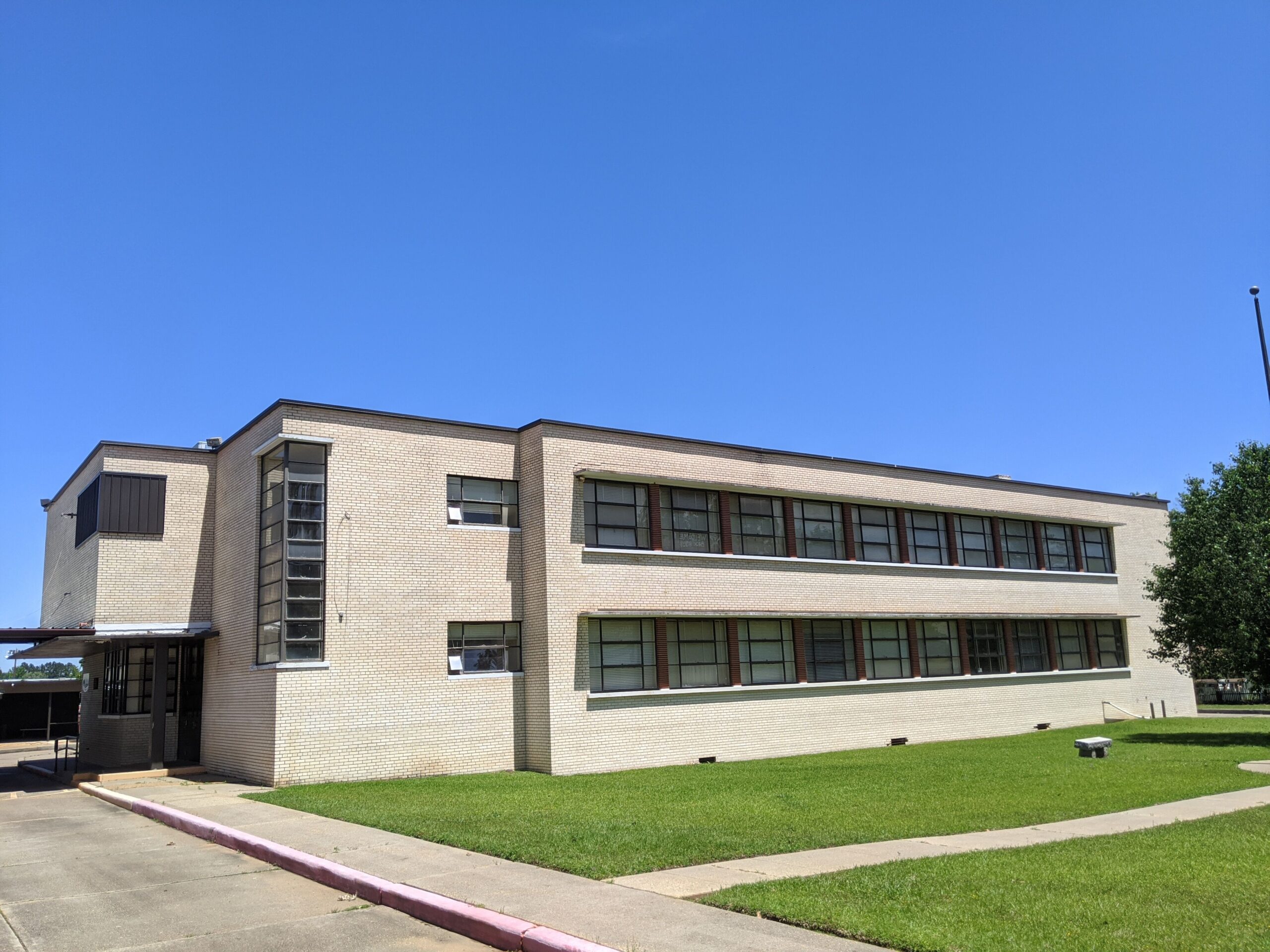