At the intersection of Spanish Town Road and North 19th Street sits an impressive Gothic Revival church. The New Guide Baptist Church was organized by Reverend Ike Kelly in the Scotlandville area of Baton Rouge in the early 20th century.  The small group moved to a timber-framed church at this site on North 19th Street in 1914.

As the congregation grew during the 1920s. Reverend Thomas A. Levy worked to build a larger sanctuary and dedicated this facility in 1930.  During the 1960s, Greater New Guide Baptist Church became a gathering place where the African-American community met, organized, and created strategies to fight for their Civil Rights.  Membership continued to grow into the 1970s and the congregation relocated to a larger facility.

The building now sits vacant with a leaking roof, rotted window sills, and bio-growth in between bricks and downspouts.  Chez Fab Arts, a local arts non-profit, is hoping to change that and revive this site as a community space for artists and events.  Additional funding and support are needed to help address the conditions of the building before further programming may be developed. 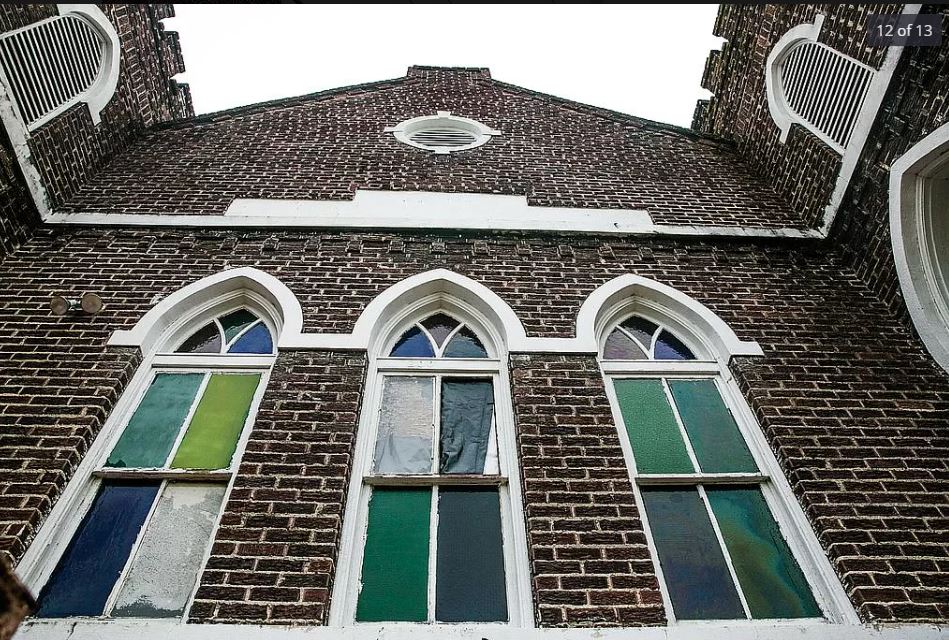