B. Lemann and Bros. Building

James Neville of Neville Development and partner Kevin Kelly announced two months ago the development as a mixed-income, mixed-use project consisting of 42 units of artist-preferred housing with 7,600 square-feet of commercial space on the ground floor. The rehabilitated building was dedicated in October 2022.

An iconic structure for the city, it was originally designed and built in the late 1870s by architect James Freret, according to the Donaldsonville Chief archive.

For many decades the business served the region as a general store, offering an array of goods, which eventually included tractors and automobiles. It has been described as the Walmart of its day.

Developers have said the project is slated for completion by early summer 2022. The estimated cost is $14.5 million.

The crews have removed the former Falcon’s Body Shop building. As of last week, forms were placed for concrete in the area adjacent to the United States Post Office building. 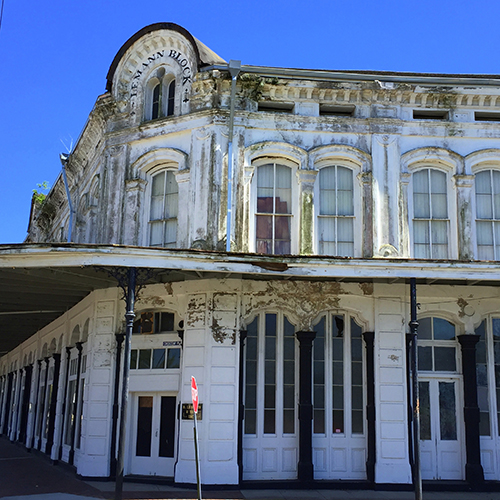