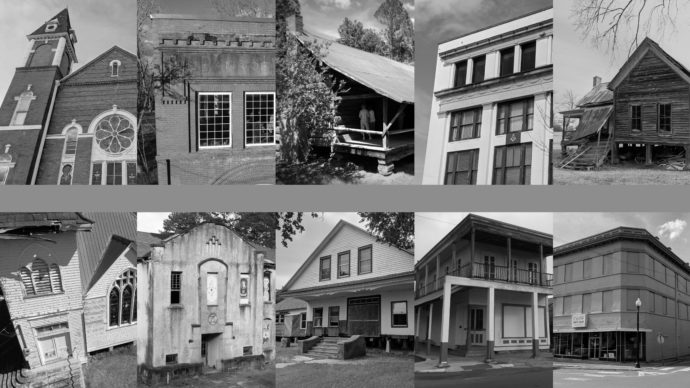 Baton Rouge, LA – Louisiana Trust for Historic Preservation (LTHP) announced its annual list of Louisiana’s Most Endangered Places List for 2019.  Since 1999, the Louisiana Trust has highlighted endangered historic sites and advocated for their preservation and protection.  Listing these resources acknowledges their importance to Louisiana’s history and culture and draws attention to the forces affecting these and similar historic sites statewide.  The list is generated from nominations made by the public and aims to attract creative approaches and resources to see the sites saved and rehabilitated.

Selections to the Louisiana’s Most Endangered Historic Places List are based on their historic significance; the critical nature of their threat; and the likelihood to bring about a positive resolution to their situation or to those of similar sites.  More information about the program, including nomination form and a complete list of sites may be found at LTHP.org/properties/most-endangered/.

A full site list and their locations can be found at www.lthp.org/properties/most-endangered/.

Previous Next
Close
Test Caption
Test Description goes like this